I activated the option for "contributions" and it is at the bottom of the main homepage in the small print bits...

It is completely voluntary, and all it does is put credits into the admin bit for us to use for stuff such as domain name and ridding of advertisements and ect... we don't get physical money to use anywhere else it's credits attached to this site...

I was thinking of making it just in case someone wanted to buy a few credits, it's like £4 for 500 or something and you can even let us know here what you'd want it spent on...

There's currently 400 credits spare which can get rid of the adverts for users for 3 months (I'd leave it on for guests as it's too much to rid them on both) and the "price list" for ad's is:

I'll leave this here anyway, no worries as we can keep adverts and stuff, I'm only putting the contributions box bit at the bottom if anybody ever wanted to add a few credits to the site, we could even just save them up until next year and re-buy the domain name and stuff so we never shut down and stuff...

anyway have fun and see you all later
from Owen 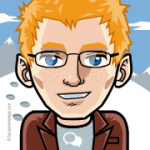 Ahah, I put in my $5. Use it however you think is best. I trust you 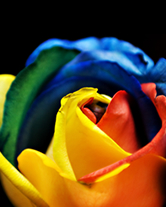 Tojeem wrote:Ahah, I put in my $5. Use it however you think is best. I trust you

Thanks! Thank you so much

we can use it for getting rid of some ads I'll see if I have some spare change and make it 1000 credits when I get paid... then we'd have no advertisements for members for a year

I'm going to try and use this a bit more often and see if there's some stuff we can do like that University/School help type section I was pondering over doing...